Mountain Sounds Festival posted on their Facebook page this morning that their annual music event has been cancelled, just under a week before it was scheduled to go ahead. The festival was cancelled due to safety concerns and financial obligations which were stated to have been impossible to meet in such little time.

Mountain Sounds Festival is a live music festival located at Mt. Penang Gardens on the Central Coast. It is the biggest live music event for the region, with major acts lined up for this year including Angus and Julia Stone, What So Not and Courtney Barnett, as well as many other local bands and musicians. These acts were set to perform from the 15th – 16th of this month. 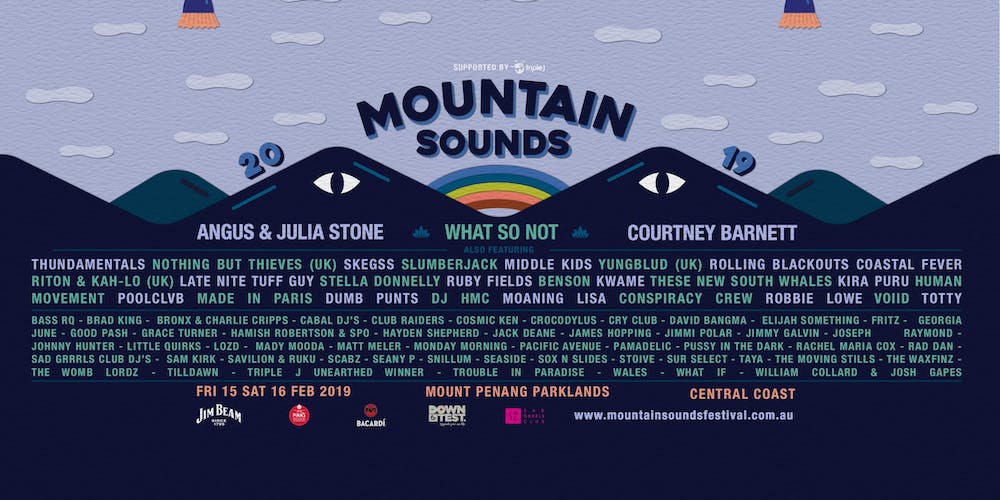 Mountain Sounds Festival line up for this year.

In the Facebook post, festival organisers displayed signs of distaste with the way that festivals within New South Wales are heading, due to the Liberal Government’s tight stance on the live music scene due to worries surrounding safety and security. This has stemmed from the intense lockout laws which sent popular Sydney bar, World Bar, to close down at the end of November 2018. Mountain Sounds commented on these laws and wrote, “fear-mongering, bullying and oppressing the youth has never and will never work.”

Much of the public and local Central Coast musicians have also expressed their disappointment for the NSW government’s fixation on festivals, which has been killing the music scene. One person upon seeing the festival’s cancellation post wrote, “NSW has become a nanny state with the current government. Thousands of people are losing their jobs…”  Festival organisers have also commented that this fixation has led the government to be out of touch with the arts industry.

The financial costs of having more police presence have also been an issue in the past, in particular for the Good Things Festival in Sydney last year, which had to change from an all ages event to 18 and over, due to exorbitant costs which totalled over $200,000 for increased police attendance for underage attendees, compared to the $16,000 they had been charged previous years.

New laws for festivals were announced on the 20th of January, and are set to further affect live music in NSW; from March 1st festival organisers will need to apply for a liquor license (much the same as pubs and clubs do) for each festival they hold. Each application is then reviewed by a panel of people from NSW Health, NSW Ambulance, NSW Police and Liquor and Gaming before it is approved and issued.

Festivals that have had difficulties with safety standards and concerns, as well as having a poor track record, will be overlooked and potentially declined this license, as outlined by Minister Paul Toole.

As the new laws draw closer and closer, it is unpredictable on how live music will survive in NSW, in correspondence with growing safety concerns and the extortionate costs that come along with these concerns.

Mountain Sounds have stated that they will be reaching out to people who have purchased tickets.